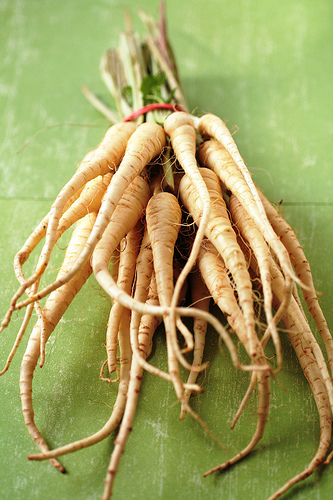 Today is a special day for me. It was four years ago that D and I went on our first date. And what a first date it was. It started with a long stroll through the Philadelphia Museum of Art where we sat by the monastery courtyard fountain and he took my hand for the first time. Then we had a late lunch at More Than Just Ice Cream on Pine Street. He had the guacamole; I had the grilled cheese with tomatoes; and we both agreed that water is the only drink we ever order out. We shared an enormous slice of the house special: apple pie al la mode.

And because we were having so much fun already during that first encounter, we decided to catch a movie too. Does anyone remember that indie film Closer, the one with Damien Rice’s haunting melodies? While it was an interesting flick with a great soundtrack, it was most definitely NOT first date material, seeing as how it’s all about deception among couples. But somehow we made it through that and went on to have many more dates and here, 1460 days later, we’re celebrating another anniversary.

Sadly, we didn’t get to spend most of our special day together as he had a class to attend. But I decided to make something nice for a light bite when he got home. A recipe I spied in Eat Feed Autumn Winter (still equally in love with this book too) for Honey-Ginger Carrot Parsnip Latkes seemed like just the ticket. D was raised in a Jewish household and still has a soft spot for many of the traditional dishes he ate as a kid.

I was a bit nervous about making the latkes since I am not very experienced in the craft and the two main ingredients – parsnips and carrots – are not so traditional in and of themselves. But the recipes I’ve been testing out of Eat Feed Autumn Winter continuously surprise me (pleasantly of course) with how easy and delicious they are so I felt brave enough to give these contemporary latkes a try.

Tender inside and crisp on the outside, these fried “pancakes” have a wonderfully unique flavor brought about by combining the tropical hints of ginger with the floral notes of the honey and the natural sweetness of the root vegetables with the nip of crunchy coarse salt. Really rather unexpected, but again, a surprise of the pleasant variety. Using tender smaller carrots (from my garden) and parsnips (from the farm) helped, I think, so look for smaller ones if you can find them.

Oh, yes, and D liked the latkes too. Well, he appreciated them at least. Really he’s more of a potato latkes kinda guy. But after four years together, I already knew that.

*Sometimes it’s wasteful to buy a whole tub of crème fraiche for a recipe such as this. You can cheat and make a good substitute out of cream cheese, a bit of milk or cream to loosen it up and a splash of lemon juice.

Grate the vegetables using the large holes on the box grater. Place grated vegetables on dish towel and squeeze tightly to remove as much water as possible. Set aside. Pour oil to a depth of 1/8 inch in a large skillet and heat over medium-high heat while you prepare the latkes.

In a medium mixing bowl, whisk together the egg, flour, salt and ginger. Stir in the grated vegetables. Drizzle with honey and stir to combine.

Using a large spoon, carefully drop the vegetable mixture by large spoonfuls into the hot oil. Flatten slightly into disks and fry until you see the edges turning golden brown, about 3 minutes. Flip and fry on the other side until golden brown. Drain on a paper towel. Serve hot with dollops of crème fraiche on top. 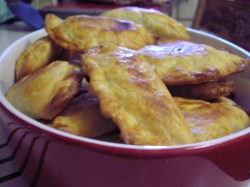 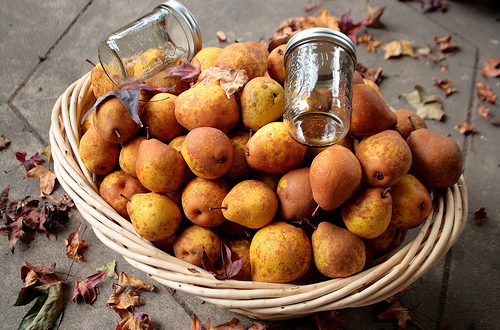