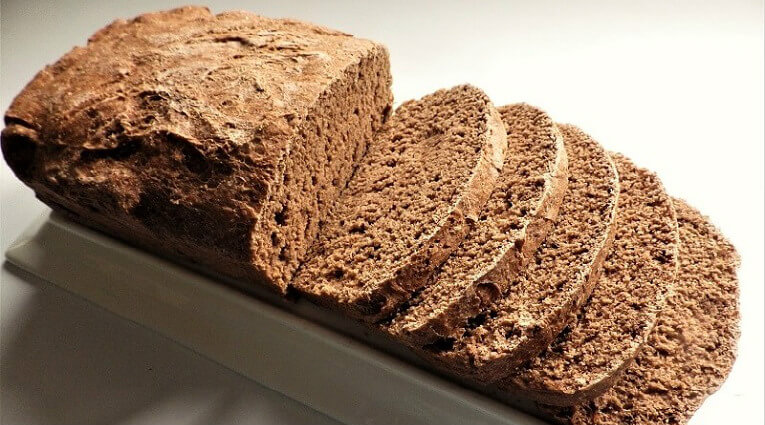 Ah, pumpernickel, bread of my boy…

What’s this bread preference switcheroo got to do with you? I’m using my little household’s case study to prove that homemade pumpernickel may be worth trying even it you aren’t a fan of the stuff from the store. Conversely, this very tiny focus group (perhaps I should include the cats next time to bump up the credibility of my research?) serves as evidence that if you do like the stuff from the store, you might be slightly disappointed by the end results of your homemade attempts. And all of that being said, before this bread blog affair is over, I plan on trying another pumpernickel recipe that I have to determine if it’s just this recipe or homemade pumpernickel in general that bucks the store-bought-taste profile.

Did you follow all of that? You did?! Good for you!!

So what is it that I like and D dislikes about this bread? It’s not nearly as dark and heavy. Instead you can just taste the rye flour with a touch of sweetness from the molasses – making it earthy for sure but not, um, hmmm, not, hmmm… well, I can’t seem to put my finger on the right adjective (strong? bold? overpowering?) to describe what it is about typical pumpernickel that I don’t like. If you’re of a similar disposition, you’ll know what I mean.

This recipe also yields a more airily textured loaf, though denser than your average white bread. It really makes a nice sandwich or thin slice of toast with butter. Storing it only improves its tastes, and you actually shouldn’t slice into that dark crust for at least a day after baking.

This version is most definitely an “Americanized” adaptation of the more traditional German bread made exclusively with rye flour and a sourdough starter. I have a recipe for the German variety and I have another Americanized recipe that incorporates coffee and cocoa powder to give it a darker flavor. Which would you like to see me use to further test my tolerance of homemade pumpernickels?

One thing’s for sure – there’ll be no caraway seeds in either of them. That’s one element of traditional pumpernickel I’ll never be able to tolerate.

Adapted from The Big Book of Bread

Mix the flours and salt in a bowl. Stir in the yeast and brown sugar (break up the brown sugar a bit with your fingers before mixing it in). Make a well in the center of the bowl and add the oil, molasses, and water. Mix well to form a soft dough.

Turn dough out onto a floured counter and knead for 10 minutes. As you knead it, the dough will become sticky and a little difficult to work with – just add a dusting of flour whenever it gets too difficult and continue to knead. Clean out the bowl you were using and spray lightly with non-stick spray. Shape dough into a round and place in bowl, cover with a dishtowel and let rise in a warm place for 1-2 hours until doubled in size.

Punch down dough in bowl and place on counter to divide in two small oblongs. Grease two small loaf pans and press an oblong of dough into each. Cover and let rise for about 30 minutes. Preheat the oven to 400 F.

Place risen loaves in the oven and bake for about 30 minutes or until the bread is dark brown and sounds hollow when tapped on the bottom. Turn out and cool on wire rack. Wrap in waxed paper and foil and let cure for at least 24 hours. Serve in thin slices. 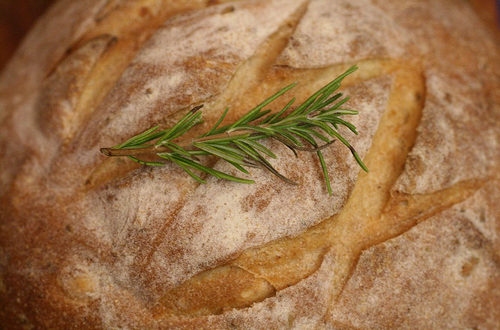