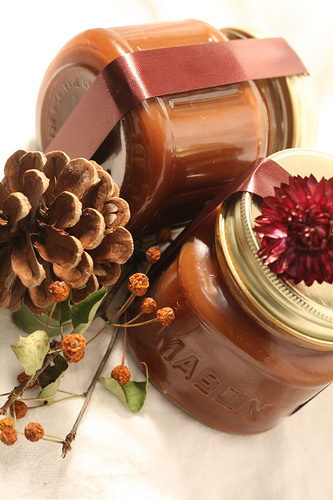 Today I get to tell you all about my homemade dulce de leche. I’ve been absolutely bursting at the seams with anticipation, chucking the last of the cranberry recipes at you. That’s not to say those weren’t worthwhile. Oh no no. It’s just that this recipe for the creamy dreamy caramely treat from South America can’t be kept under wraps for long.

So do you have a minute for me to tell you a little story about how I came to be on a quest for the perfect dulce de leche recipe? I really hope so because it’s worth telling.

It all started in April of this past year when I went to Argentina and Uruguay to celebrate my birthday. I read my copy of the Lonely Planet guidebook from cover to cover and then read Kiss and Tango: Dairy of a Dancehall Seductress just to get a sense of the culture I was about to soak up. In both the LP and Kiss and Tango, there were whole pages devoted to this sweet treat called dulce de leche, or “milk jam” in translation. I had some seriously high expectations for the stuff and looked for it the moment I got off the plane in Buenos Aires. Just at the airport convenience shop alone I found nearly fifty different types of prepackaged cookies and candies boasting a dulce de leche filling of some kind! I bought two or three and drooled in anticipation as I unwrapped the first one…

Vanilla beans and pods float in whole milk from my family farm.
It was terrible! Well, okay, maybe not terrible since it was a candy bar. But it certainly wasn’t worth pages of prose or even a mention in a postcard home. And so it was everywhere I went as I journeyed alone through Argentina and Uruguay for a few days. Then my friend Fred flew in from the States to join me for a week and we hopped on a plane to Iguazu Falls. Same story there – nothing but prepackaged disappointment. Okay, maybe there was some of the most amazing scenery I’d ever seen, but the dulce de leche was still nothing to write home about. After a few days in the tropical heat, we came back to Buenos Aires and split up for the afternoon, he to La Recoleta Cemetery and me to the San Telmo neighborhood in search of dog walkers and street artists.

And then it happened. On a rundown little side street far away from any tourist traps, I found heaven. In the tiniest of mom-and-pop bakeries, rows and rows of alfajores (cookies), big and small, all bursting with dark, thick dulce de leche, promised to make amends for all the inferior prepackaged milk jam that had come before them. Of course no English was spoken, but I didn’t let it stop me as I pointed and cooed until I had what I wanted. That first bite…oh that first bite…it was worth an entire novel. The biscuit cookies sandwiching the dulce de leche were merely a vehicle for the sweet-but-not-sugary-creamy-like-the-best-fudge-you’ve-ever-had-deep-richness-of-caramel-with-a-hint-of-vanilla-goodness. Sigh….so good, in fact, that basic sentence structure fails me even now.

Unfortunately I didn’t stock up on enough and when we jetted off to Mendoza early the next morning, I was all out of alfajores and my beloved homemade dulce de leche. I didn’t even bother to try and find any during our time in Mendoza. I didn’t want to risk contaminating that one beautiful and pure moment. (I’m sure you’re rolling your eyes by now at my lavish descriptions, but I swear it really was that good.) But it was time for Fred to have his own dulce de leche epiphany. He’d been enamored with the massive steaks all along our route so sweets hadn’t been a priority. An early morning trip to see the Andes had Fred on the hunt for breakfast in the bustling Mendoza bus station, where he found a bakery selling freshly made rolls, cut in half and spread with a thick layer of dulce de leche, put back together and rolled in powdered sugar. The huge grin on his face after the first bite said it all.

Jars Start paying attention when it coats the back of the spoon Ladle with dulce de leche Prettily wrapped jars of dulce de leche homemade rolls for fred’s gift
My three weeks tromping around Argentina eventually came to an end, as did my small stash of alfajores I got from the Buenos Aires bakery just before my flight home. But my determination to find good dulce de leche here in the States was just getting started. As you can probably guess, the packaged stuff here just doesn’t cut it. Nor did the recipes that called for a can of condensed milk that yielded a caramel flavor but lacked the intense creaminess I knew was possible. As Christmas rolled around and I thought about what I should give Fred for a gift, I just knew I had to figure out the dulce de leche “problem”. Scouring the internet for websites from Argentina, I finally found what seemed to be an authentic recipe that called for whole milk and no shortcuts.

It worked beautifully. I couldn’t be happier. I almost cried when I took my first bite. Sigh…. There it was again, that same sweet-but-not-sugary-creamy-like-the-best-fudge-you’ve-ever-had-deep-richness-of-caramel-with-a-hint-of-vanilla-goodness. I made some homemade rolls, slathered them with it, and rolled them in powdered sugar for Fred.

So, what makes this recipe different, and thus more on target with what I had in Argentina, is the use of whole fresh milk – as fresh as you can find (I got my from my family farm) – and the baking soda. The chemical reaction created by the addition of the soda is dramatic. In fact, please be careful when you do it… it’s very similar to those science fair volcano projects we all had as kids. But I strongly believe it’s this “explosion” that changes the properties of the ducle de leche in a way that brings the creaminess to its maximum. Just be prepared for it and stir, stir, stir!!!

In the biggest pot you have, combine the milk and sugar. Split the vanilla beans lengthwise and scrape out the beans with the back of the knife. Place beans and scraped out pods in the pot. Turn on the burner to medium heat and stir milk to dissolve the sugar. Turn up heat and bring to a rolling boil. While it comes to a boil, dissolve baking soda in the water. Set aside.

Remove boiling pot from the stove (it’s best to put pot near sink for potential spillage) and fish out the vanilla pods. Add the dissolved baking soda, stirring vigorously as milk will expand rapidly to fill the pot. When the mixture returns to its original volume, return the pot to the stove and bring to a very brisk simmer – it may concern you that it will scorch, but it should be practically boiling. Continue cooking for about an hour until it turns a deep golden brown. It is not necessary to stir it, just check in on it occasionally.

After the mixture has turned dark caramel in color, check it more frequently. The longer you continue cooking it after the color change, the thicker it will be. For a consistency similar to caramel, cook for another 10 minutes. For a thicker spread-like consistency, continue cooking for another 10 minutes. If you cook it even longer, it can turn into candy. Just remember that it will thicken up tremendously after cooling.

Once you’re ready, ladle dulce de leche into sterilized jars. Boil lids in a shallow pan and clean off rims of jars. Seal jars with lids and turn upside down to cool. Jars may seal this way so they can be stored at room temperature. However, if they do not seal, dulce de leche keeps for a very long time in the fridge. Use as a spread on toast or rolls, add to brownie recipes, sandwich between sugar cookies, or stir into coffee. 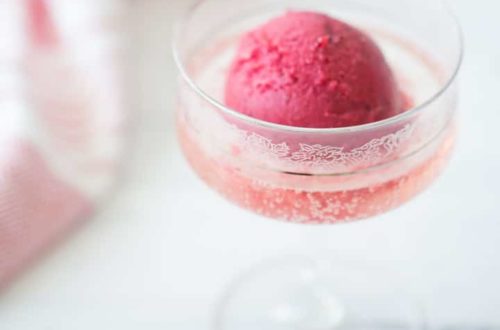 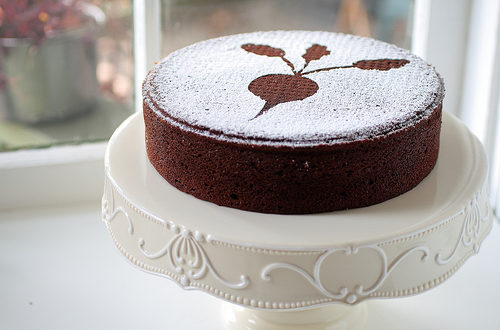 From the Archives: Beet Cake 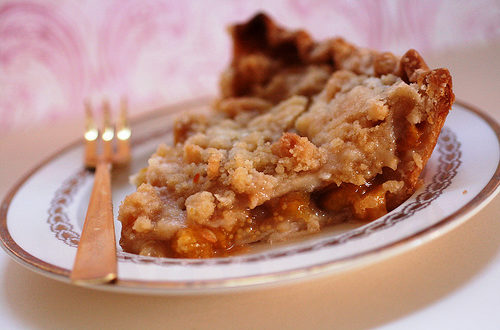